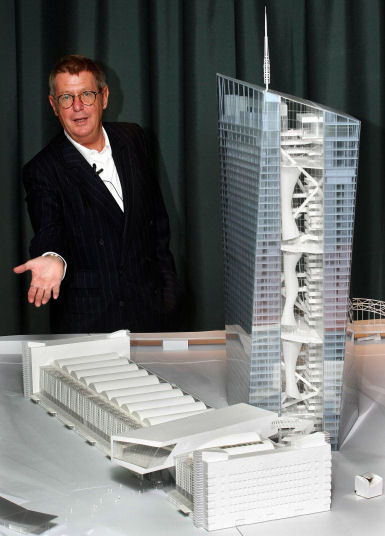 The location for the new headquarters of the European Central Bank (ECB) in Frankfurt’s Ostend district has the potential of adding a new landmark to the Frankfurt skyline that will be visible at great distances. The starting point for the design of the towers was the urban perspectives of the city of Frankfurt. At a height of around 185 metres, the double tower, with its polygonal shape and east-west orientation, has a striking profile that is visible from all important reference points in Frankfurt’s city centre, as well as from the river Main. Thanks to its form and presence, the double tower will become a characteristic feature of the Frankfurt skyline. The atrium between the office towers becomes a “vertical city”. Through platforms we are creating spaces, plazas and pathways between the towers, just as they exist in a city. The connecting and transferring levels divide the atrium horizontally into three sections of different sizes, with heights ranging from around 45 to 60 metres. These connecting platforms, bridges, ramps and stairs form a network of links between the office towers. They create short paths between the individual office floors in each tower and thus enable larger, interconnected usable office spaces on one or more floors in both towers, thereby also promoting informal communication. This new typology supports a dynamic development of form and enables differentiated office spaces with different panoramic perspectives. 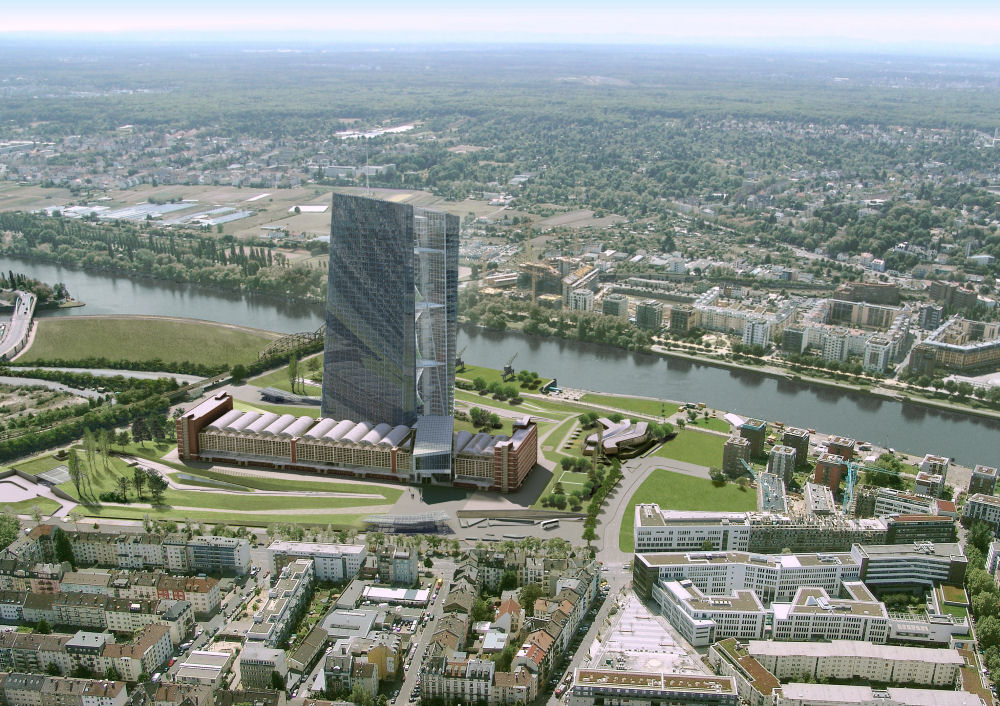 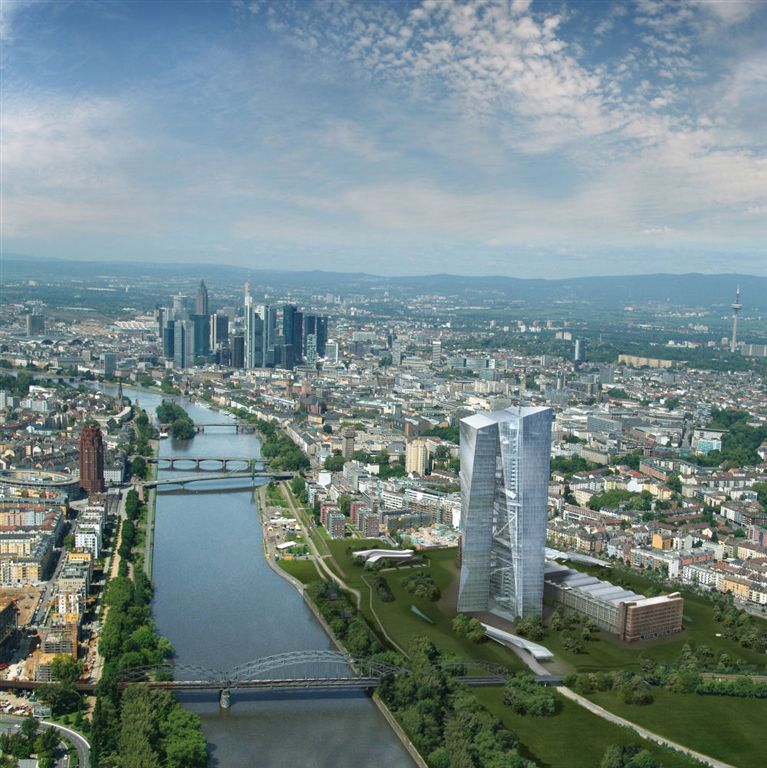 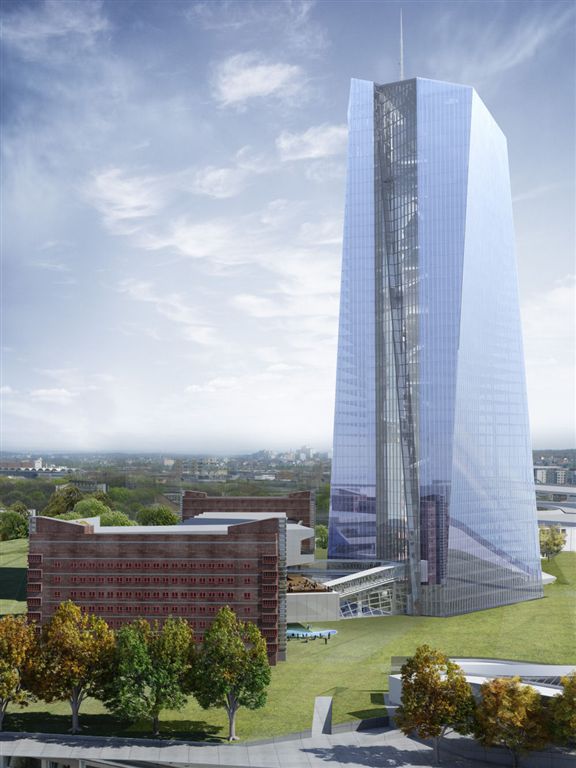 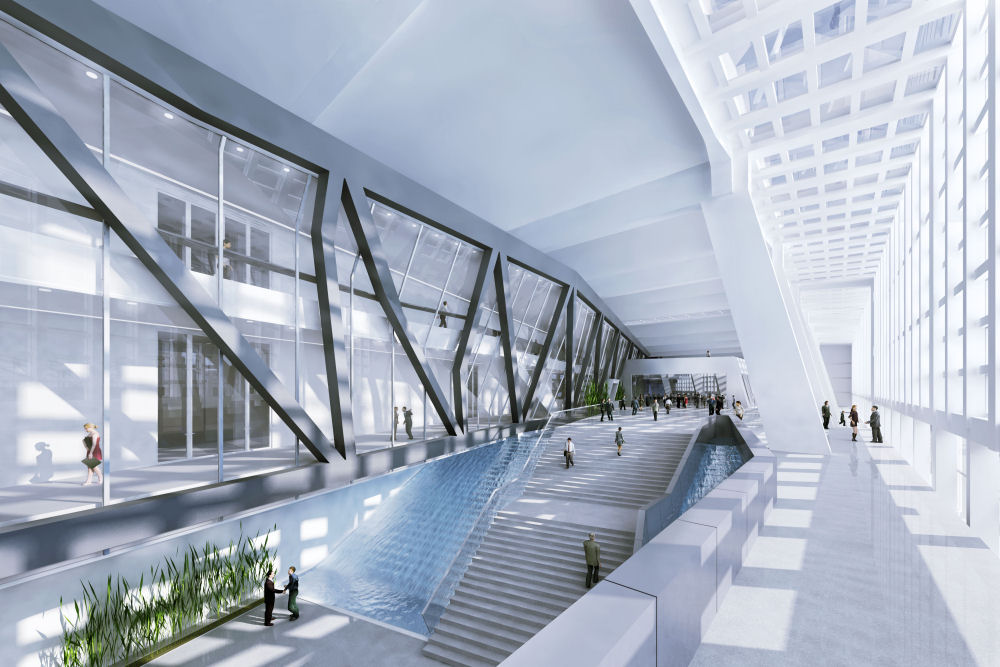 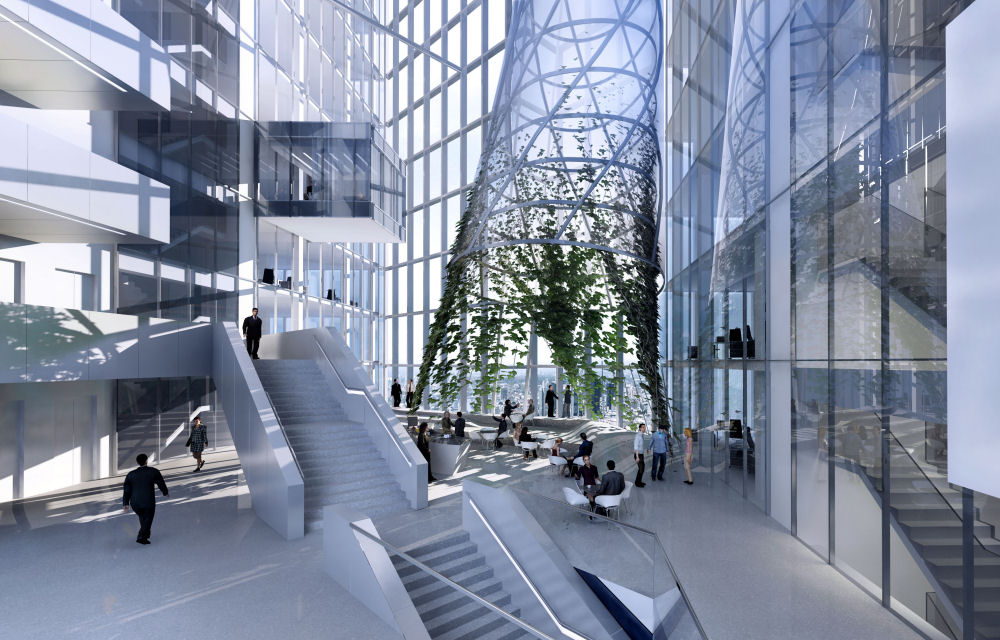