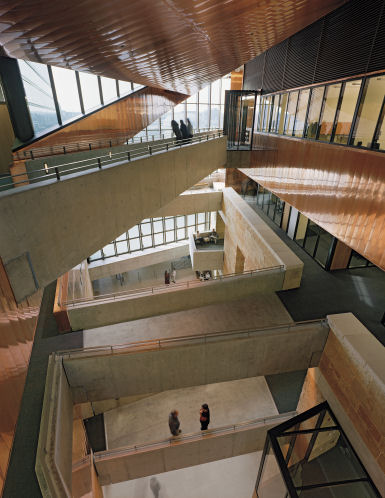 The new Austin City Hall and Public Plaza is located at the edge of the dynamic Warehouse district on the shores of Downtown Austin’s Town Lake. The project is dominated by landscape and incorporates limestone, copper, glass, water and shade to create the city’s living room. The 118,000 square foot building contains several city departments along with the Mayor, City Manager, City Council offices, Council Chambers, and a café and city store along urban Second Street. Austin’s Warehouse District is rapidly being transformed into a tight grid of restaurants, nightspots, housing, and mid-rise office spaces. A massive, arcing Lueders Limestone wall, emerging from bedrock at the lowest level of the parking garage below, anchors the project to the site. Morphing out of this wall is a limestone base that encloses the first two stories. A copper skin, resting on the limestone base and capped with a folded copper roof, shelters the upper levels. As the arcing wall cuts through the building, it creates an open four-storey lobby transected by catwalk-like bridges at each level. A reflective copper ceiling over the lobby bounces light into the gathering space below. The plaza winds its way around the limestone peninsulas of the terraced building. Water runs through a group of monumental limestone boulders in the plaza to symbolically return to Town Lake through a vortex. Amphitheater seating spilling down from the terraces can be used informally or to view performances on a Limestone stage. The amphitheater is protected from the sun by a photovoltaic glass trellis, supplying ten percent of the building’s power. The environmentally intelligent approaches in this project earned it a LEED Gold Certification. 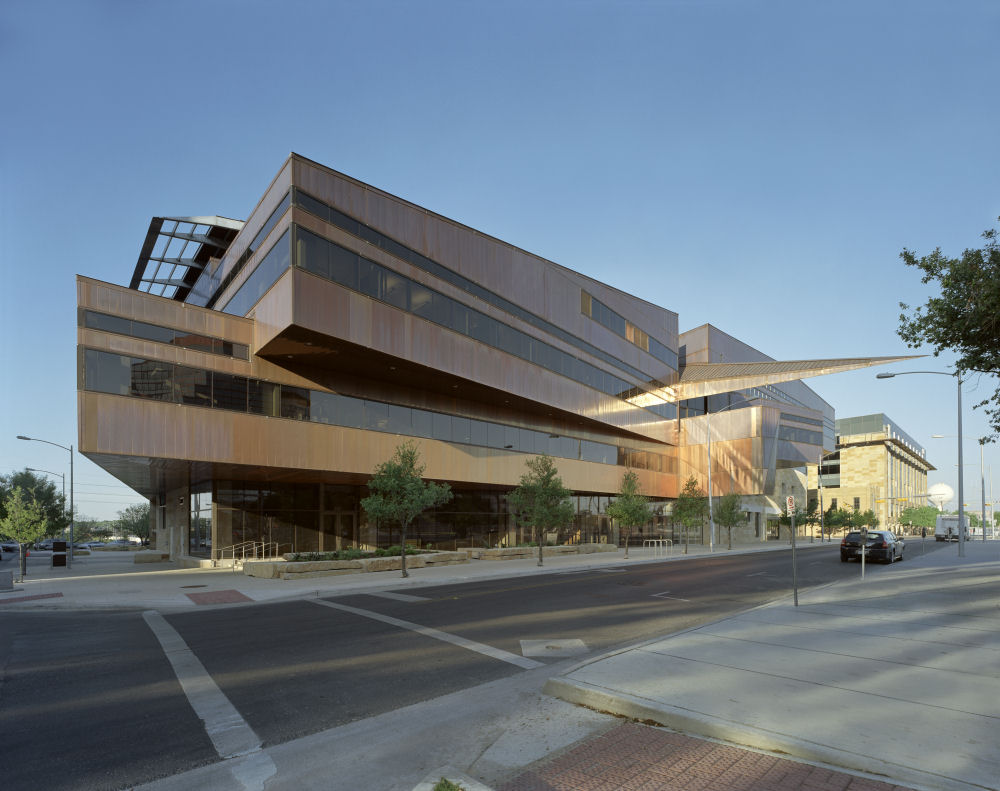 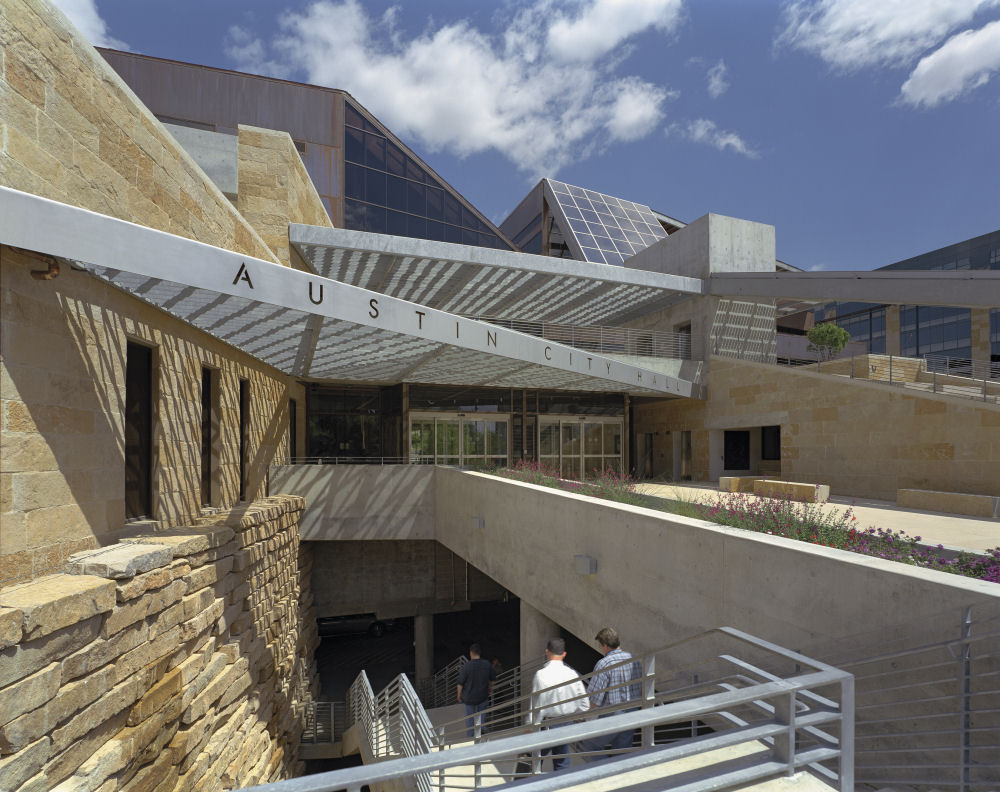 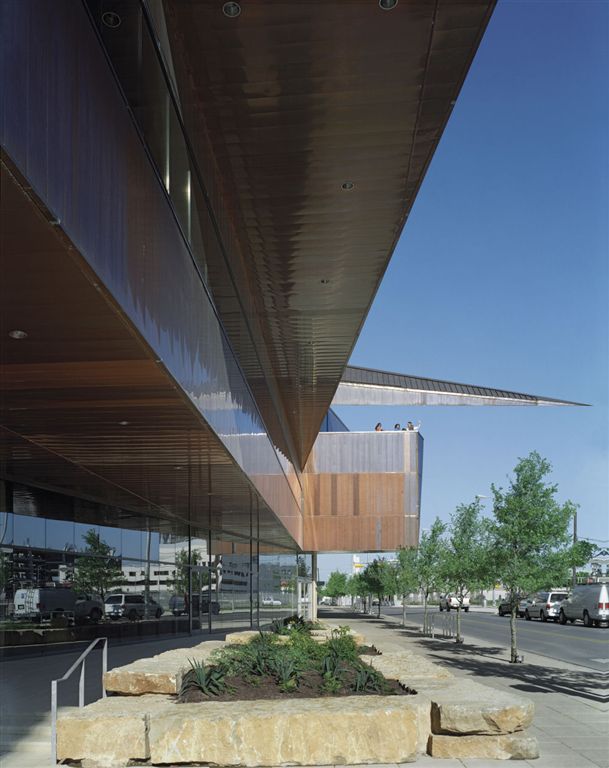 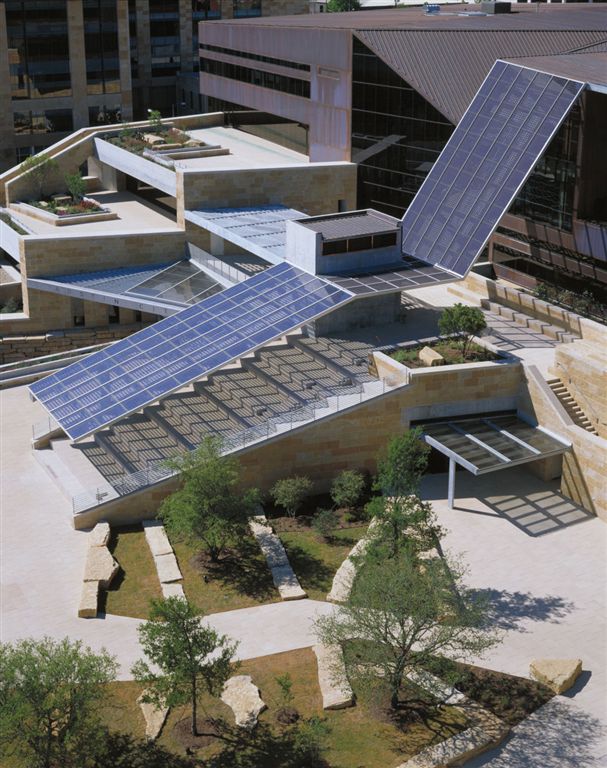 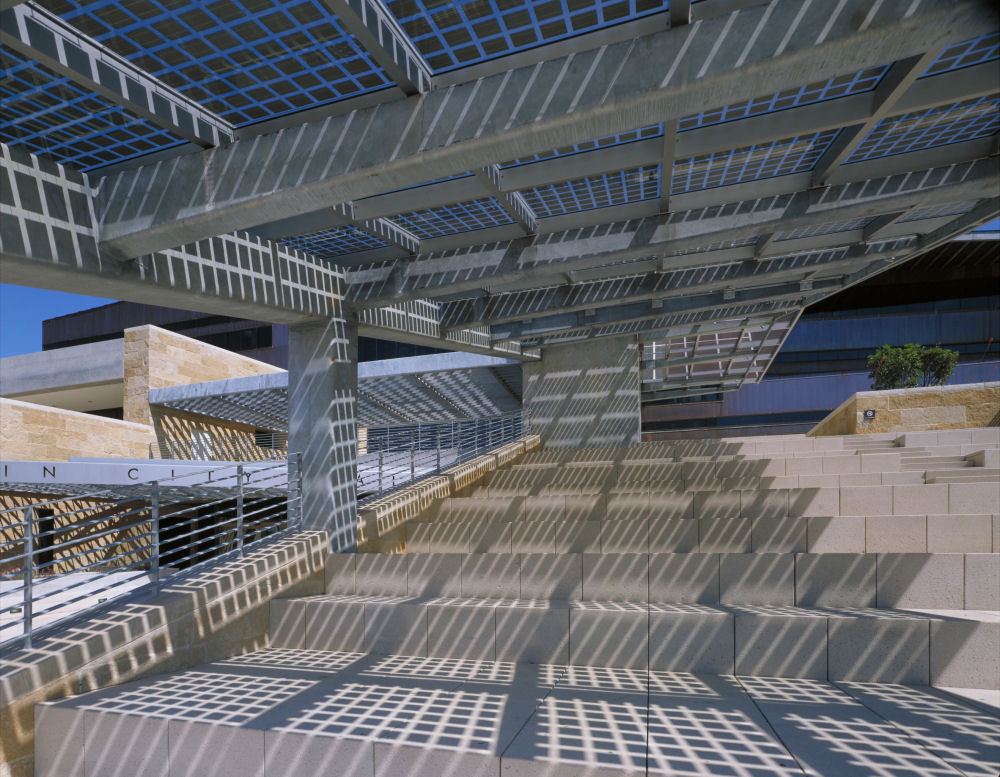 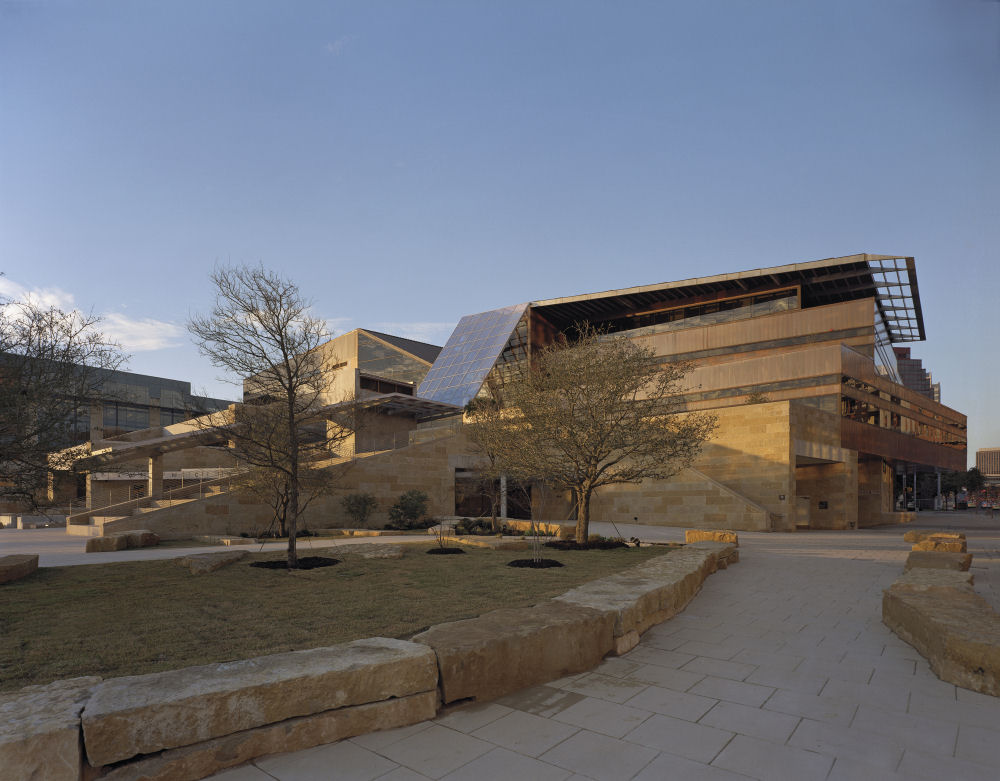